The i.MX 6UltraLite EVK kernel release includes the parallel camera OV5640 support by default. However, depending on the base board revision, this camera might requires the SCH700-27820 adapter below: 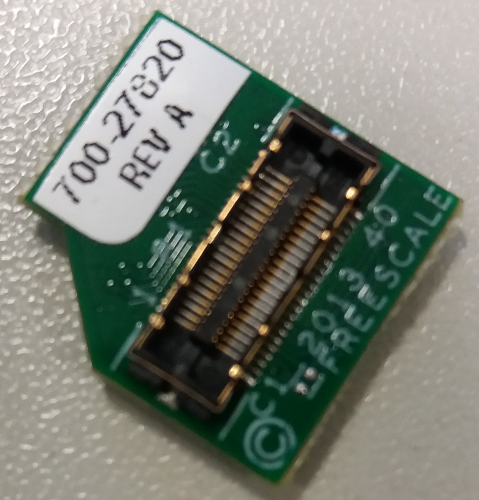 According to the following image, the FX12B-40P-0.4SV connector layout was changed in the RevC, giving the possibility to use the OV5640 directly: 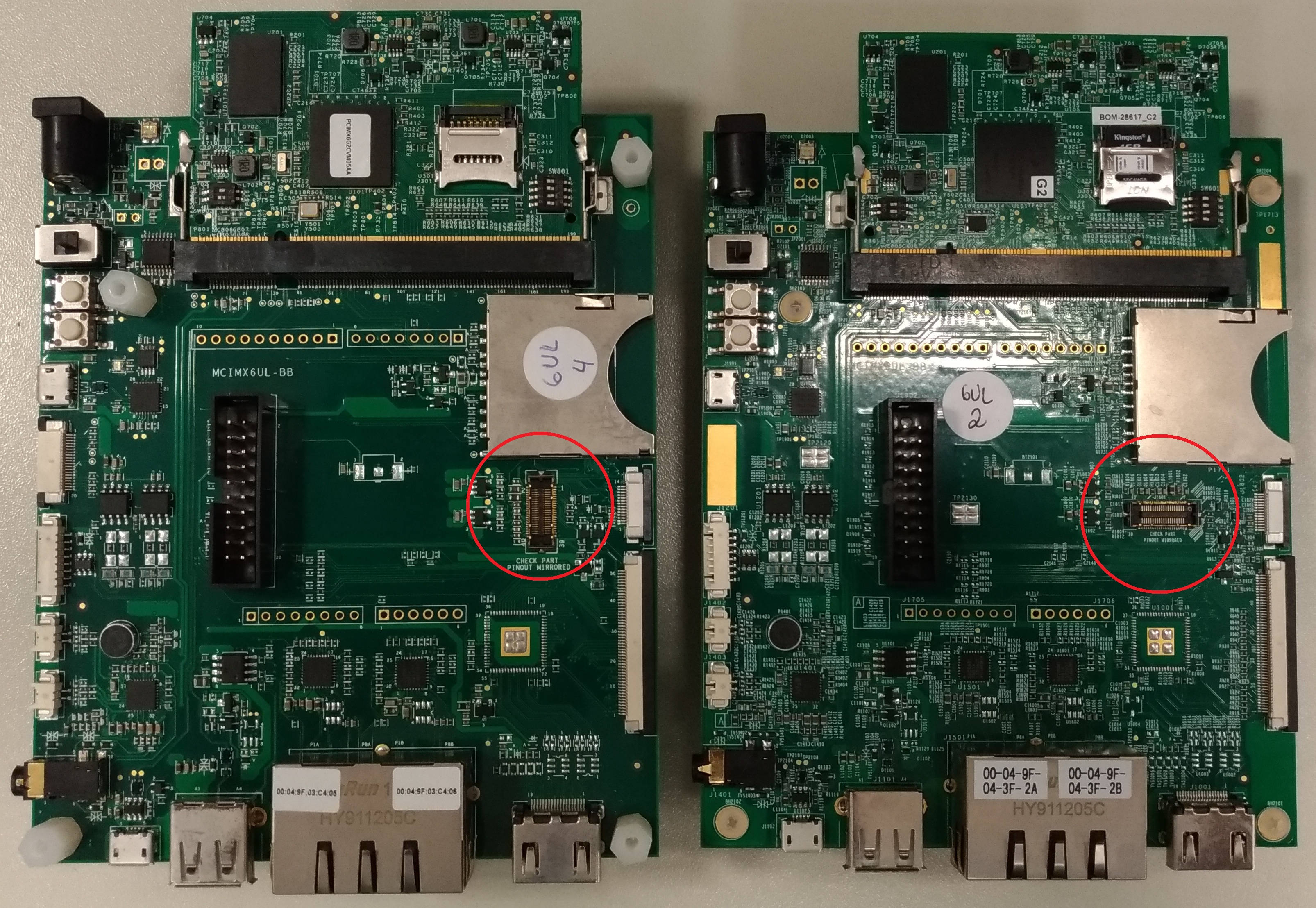 Rev B in the left and Rev C in the right, which does not need the adapter

So if you are using a base board older than Rev C, plug in the camera with the adapter and connect the other end of the adapter to the board: 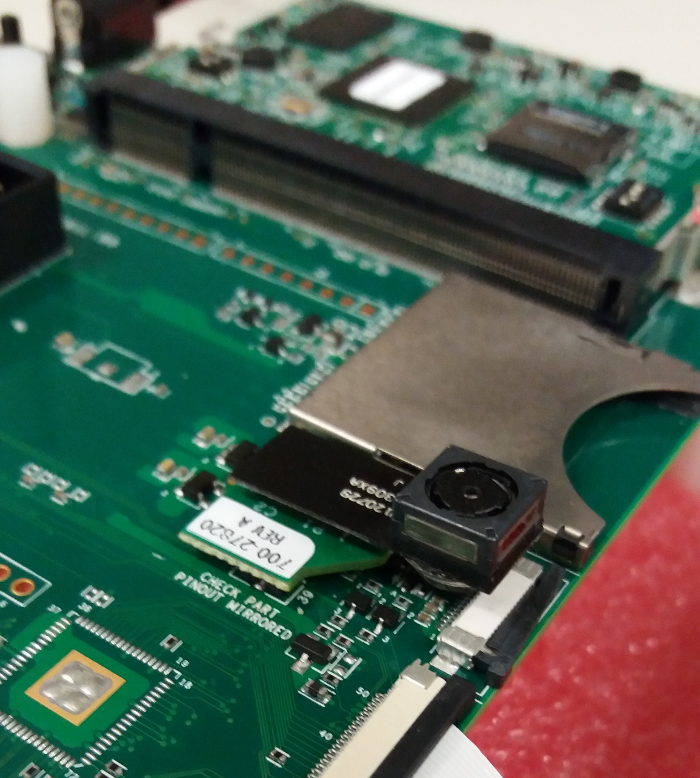 In order to use the parallel OV5640 camera, it’s necessary to set up the environment variable below on U-Boot, independent of the base board revision:

Follow the GStreamer pipeline example to test the camera connection: 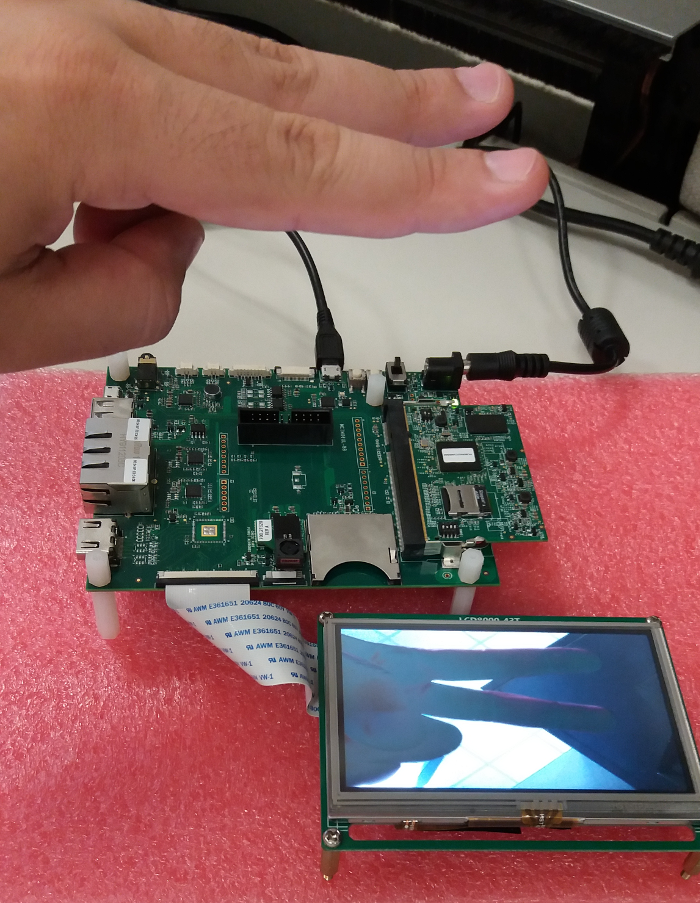 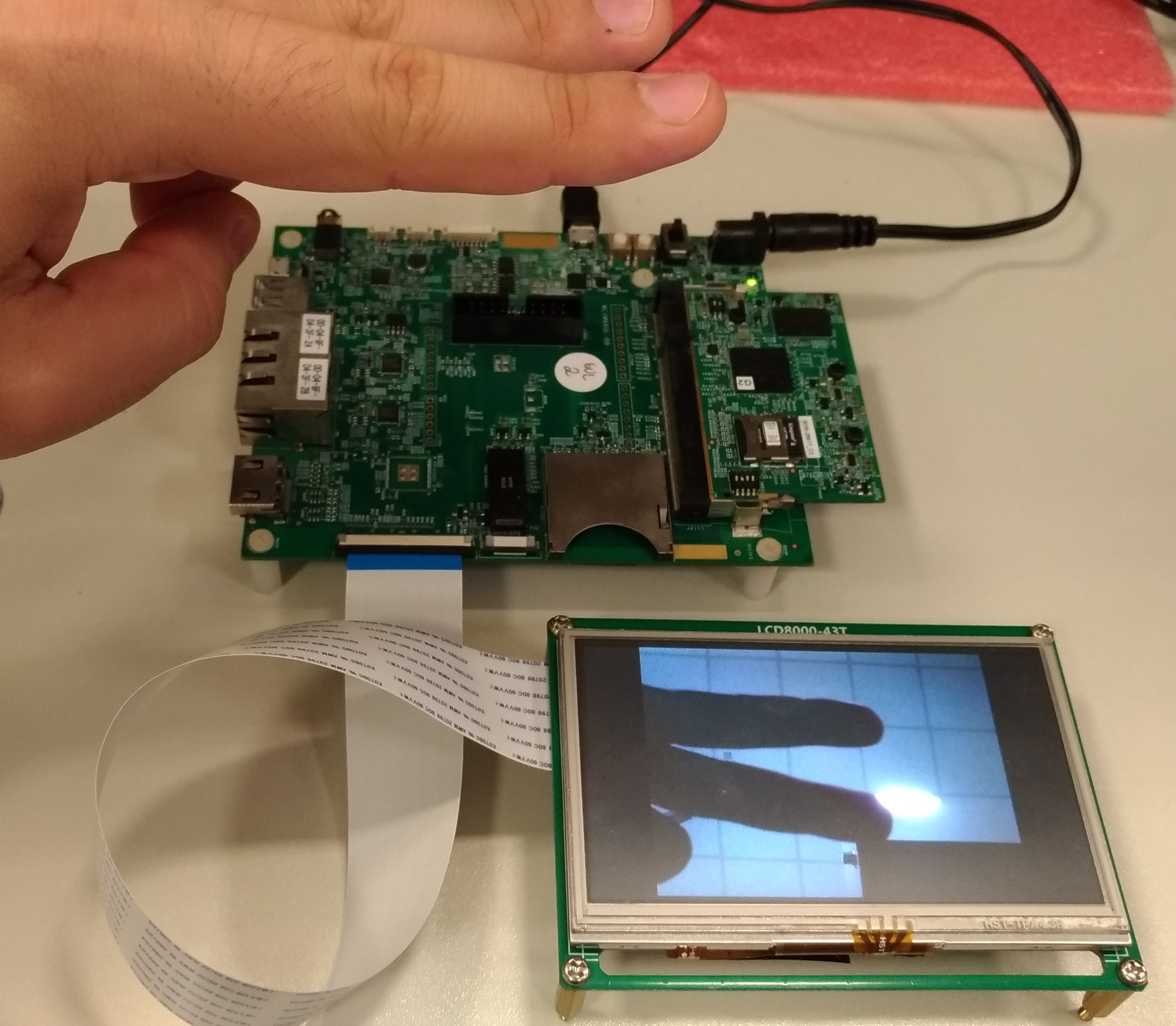